For those who are thinking of entering Japan

After 00:00 on September 7, 2022 (Japan time), if you have a valid vaccination certificate and enter Japan, you will not be required to submit a test certificate within 72 hours before departure. The details differ depending on which country you are entering from. If you need more information, please contact UNIVERSALAID.JP by email(info@universalaid.jp). We will try to find the most accurate information possible.

In March 2022, Chinese students in 20s in Nagasaki was contacted on their mobile phone by three men and women claiming to be staff of the Chinese embassy, Chinese police saying, "A woman has been caught at a Chinese airport possessing a cash card in your name,". They accused the student of being a member of a fraudulent group and threatened that "it would cost 1 million yen to avoid being arrested."
They made the students to transfer a total of 3.8 million yen in three transactions. After that, the student was ordered by them to "appear an international trial to be held in Osaka," and the student actually went to Osaka and realized that it was a fraud.
The Nagasaki police station warns that "fake phone fraud is not limited to the elderly Japanese, but young people are also deceived."

Contributors
Donate to NPO Treasures of The Planet
Media Coverage

Copyright © NPO Treasures of The Planet 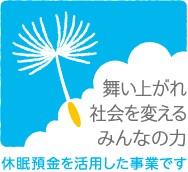